Wallace Stegner once said, “National parks are the best idea we ever had. Absolutely American, absolutely democratic, they reflect us at our best rather than our worst.” With 58 national parks dotting the landscape of the United States, we have ample opportunities to get out and explore the many natural wonders this country offers. Before our tour of America’s Canyonlands next summer, we wanted to take a look at some of our nation’s most iconic national parks and what makes them so beautiful: 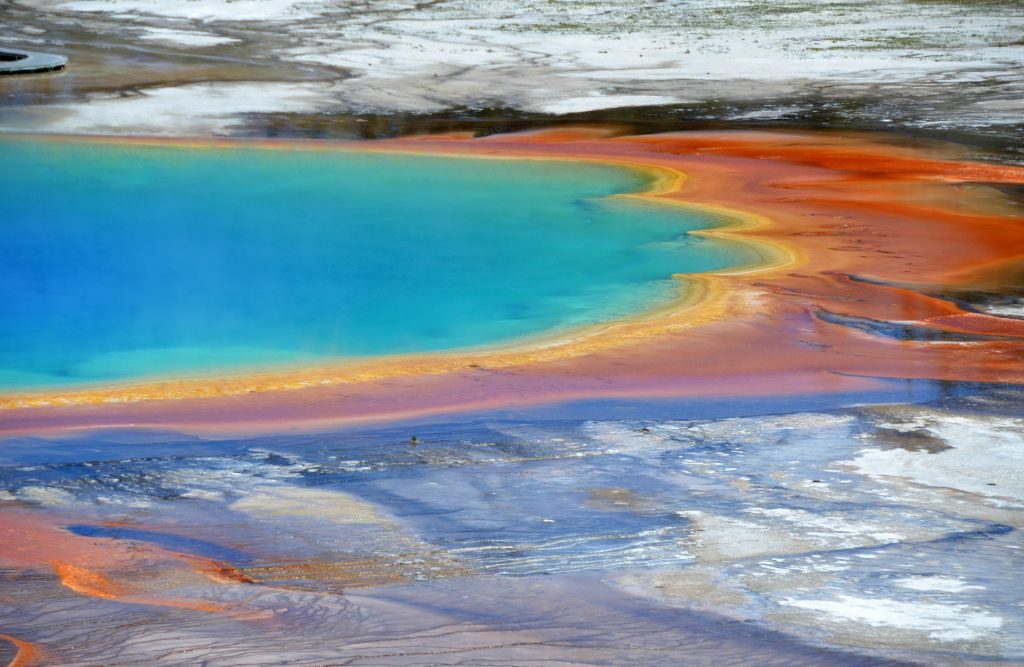 Established: March 1, 1872
Location: Wyoming, Montana, and Idaho
Yellowstone is the oldest national park in the United States and home to hundreds of species of birds, fish, reptiles, and mammals. Grizzly bears, wolves, and herds of bison roam its 2.2 million acres. In addition to the wildlife, more than 300 active geysers spot the landscape of this national park, the most famous of which being Old Faithful. Many have also seen photographs of the Grand Prismatic Spring in the Midway Geyser Basin of Yellowstone. This hot spring is the largest in the United States and offers viewers a spectrum of vivid colors in its waters. 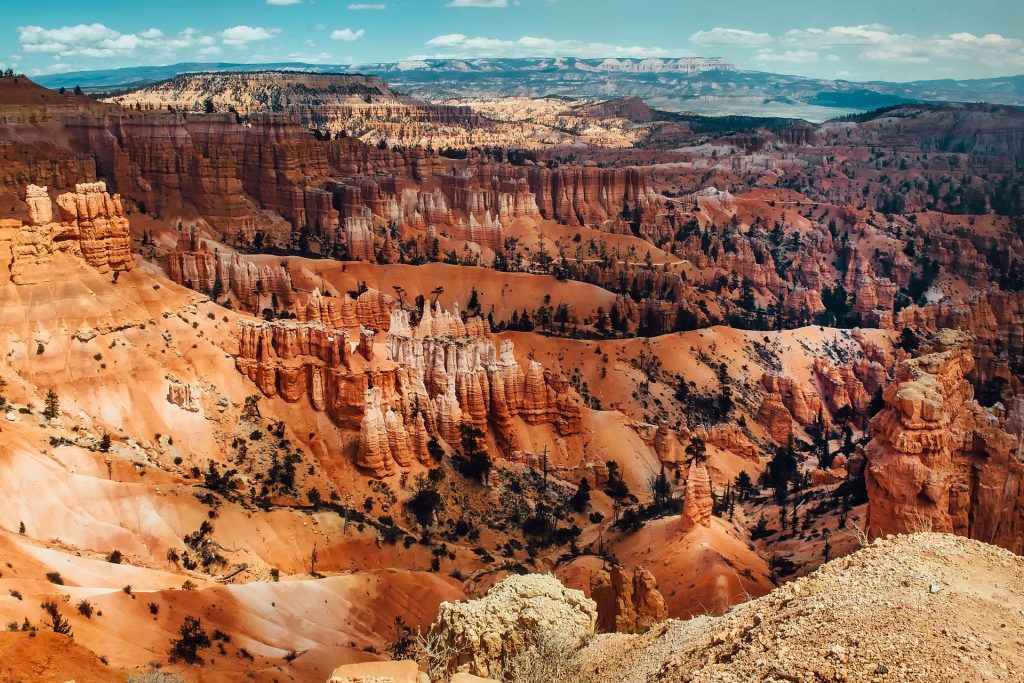 Established: February 25, 1928
Location: Utah
Bryce Canyon National Park is undoubtedly one of the most beautiful landscapes in the southwestern United States. However, Bryce Canyon, the park’s namesake, is actually not a canyon! This collection of giant natural amphitheaters and hoodoos (pillars of rock created by erosion) form this frequently photographed “canyon.” In fact, the park is home to the largest collection of hoodoos in the world. While daytime visitors can enjoy the beautiful red, white and orange rock formations, nighttime visitors will be awestruck by the more than 7,500 stars easily visible to the naked eye thanks to minimal light pollution. 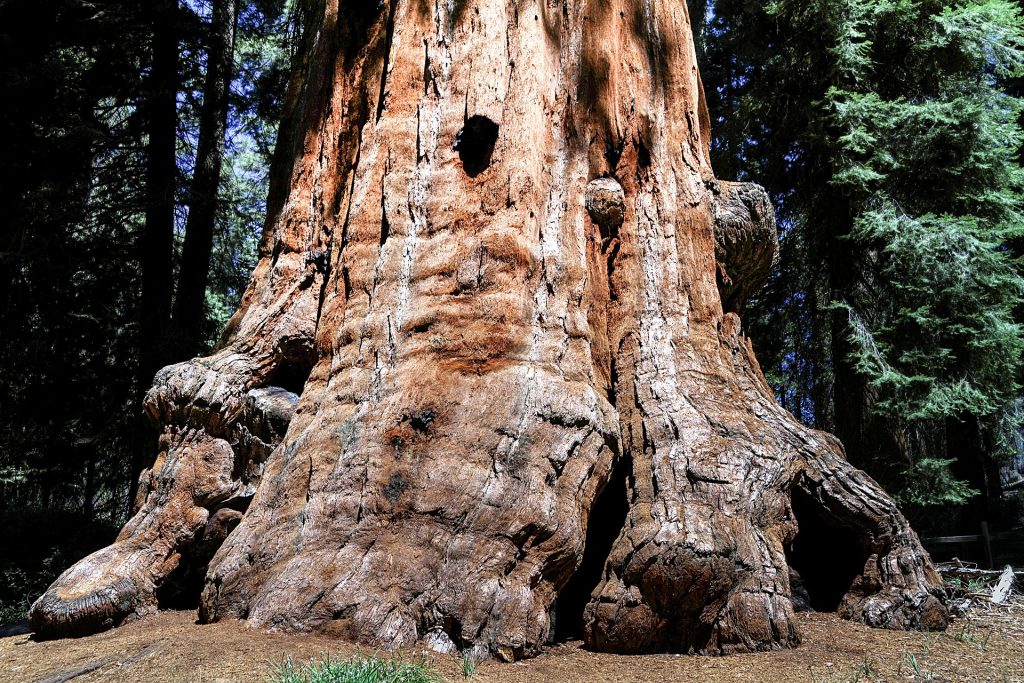 Established: September 25, 1890
Location: Southern Sierra Nevada Mountains in California
You’ll be walking amongst giants when you explore this stunning national park. Visitors to Sequoia National Park will find themselves surrounded by over 8,000 ancient giant sequoias in the 404,064-acre park. Taller and wider than redwoods, these incredible trees shoot up into the sky for hundreds of feet. The General Sherman tree is perhaps the most well-known of these giant sequoias, and for good reason. This monumental tree measures in at 275 feet tall and over 36 feet around, making it the largest tree on Earth. 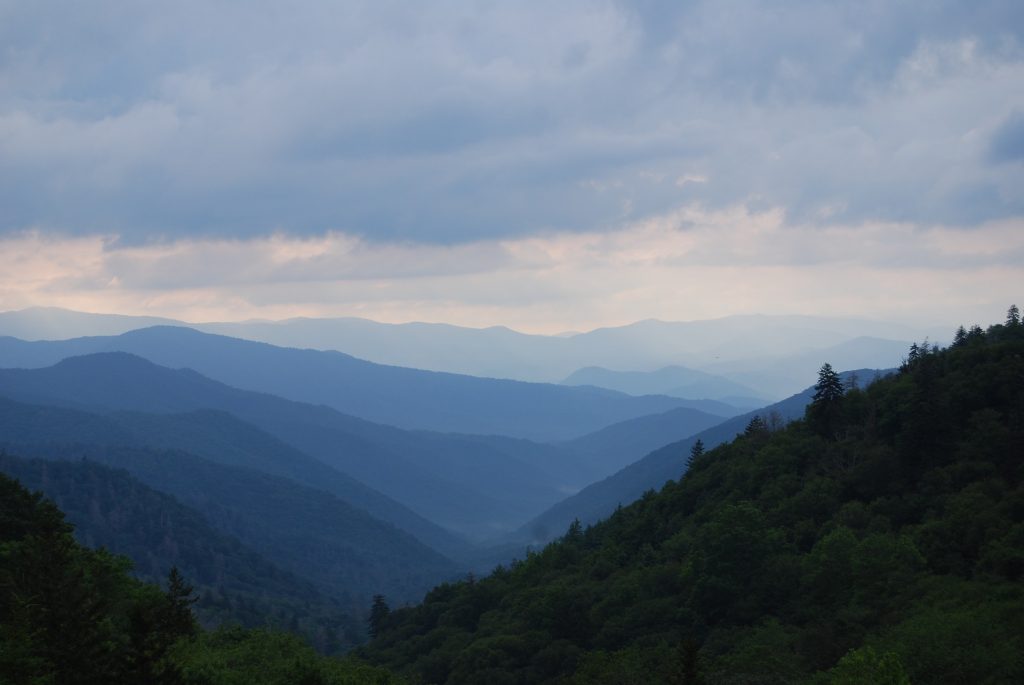 Established: June 15, 1934
Location: Tennessee and North Carolina
A little closer to home, we find Great Smoky Mountain National Park, an iconic section of the Appalachian MOuntain chain and America’s most visited national park. With over 522,419 acres, this park is one of the largest protected areas in the Eastern United States. The area’s lush forests offer visitors ample hiking, fishing, and sightseeing. Many choose to make the trek up to Clingmans Dome. At 6,643 feet, it is the highest point in the Smokies and on the Appalachian Trail.

When was the last time you explored one of America’s beautiful national parks? Join us on our upcoming trip to America’s Canyonlands next May!