A Photo Diary of Spain and Portugal

If we only had one word to describe Spanish culture, it would be flamboyant. Just think of all the vivid colors that come to mind when you picture of the two countries on the Iberian Peninsula. Imagine showstopping architecture resembling castles in Barcelona, vibrant spices, such as saffron that makes for culinary delight, billowing dresses at dance parties, turquoise water against a stunning city backdrop, and the list goes on. And, as if that wasn’t enough, the countries play host to remarkable history and artwork dating back centuries. Once you see some of the stunning snapshots form these two incredible countries, you’ll be counting down the days until your Spain and Portugal vacation: 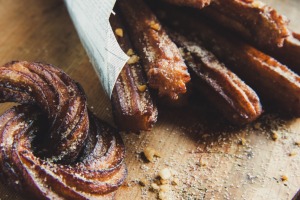 The first thought of Spain brings to mind images of sweet churros and a culture that thrives on innovation in terms of both food and lifestyle. Venture into Cartagena, Spain and treat yourself to a highly coveted churro. We are almost certain that you cannot resist this sweet pastry that originated in Spain and Portugal, especially when its dunked in melted chocolate! This port city is a delight for art and beach lovers alike. Wander through museums full of mosaics and murals during the late afternoon after spending a mellow morning on the beautiful coast. 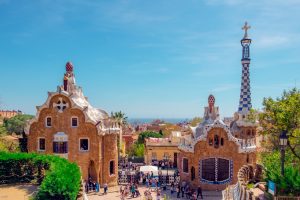 Barcelona offers architecture unparalleled to anywhere else in the world. Its unique features originate from both Catalan Gothic and Modernism, a 20th-century movement. The buildings in Barcelona seem to mimic a snow-covered Christmas village all year long. No wonder this cosmopolitan city is well-known for its art and architecture, such as the infamous Sagrada Familia. 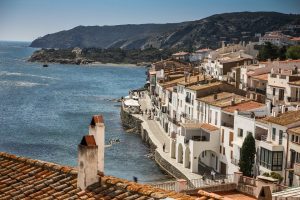 If you would rather spend a day lounging seaside in Barcelona, you’re in luck. With nearly 100 miles of coastline in Barcelona, there’s a beach calling your name no matter how laid back or bustling your style may be. One thing all Barcelona beaches have in common is turquoise waters surrounded by either historical or modern architecture and pristine sand, perfect for beach walks. 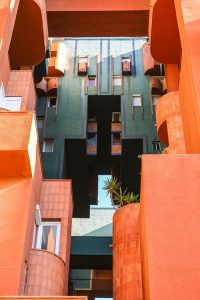 Vibrant and unique architecture in the city center of Barcelona is a gentle nod to its thriving history, culture, and cuisine. Perfect for an afternoon cocktail, soccer game, and a mouthwatering dinner, Barcelona is sure to live up to your expectations of a fun and unique vacation. In fact, can you say you went to Barcelona without tasting their iconic seafood paella or watching a sports game or visiting the Sagrada Familia? 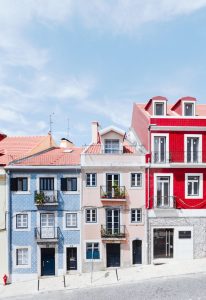 At first glance, you might be wondering if this is a picture of San Francisco. Not quite, it’s actually Lisbon, Portugal! However, the two cities are nearly twins – they are both situated in hilly areas and are surrounded by a body of water. Further, they both covet pastel-colored buildings and have a suspension bridge. Known as one of the most charismatic and vibrant cities in all of Europe, Lisbon is optimal for old-world monasteries, castles, and palace ruins. Put on your walking shoes and get exploring! 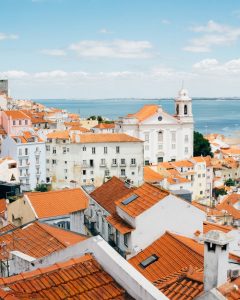 Classic mauve-colored rooftops covering pristine white buildings that overlook the sea in Lisbon are yet another nod to original Spanish architecture. Famous for its expansive coastline and walking trails, Lisbon offers the perfect opportunity to explore all facets from art to nature all in one city. 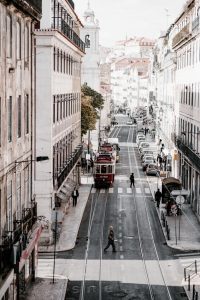 Yet another similarity to San Francisco, Lisbon is well-known for its streetcars as seen here. Contrary to its sleek appeal, streetcars are mostly used for commuting as they can maneuver city streets that the metro cannot. However, if you hop on the E15 route, you’ll arrive in Belem, which is the most popular area known for attractions and historical monuments, perfect for exploring. 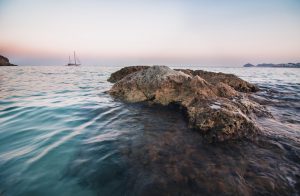 The tranquil sunset in Málaga, Spain makes the picture-perfect backdrop for an afternoon sunset. Recognized for its resorts and yellow-sand beaches, Málaga is the perfect place to set sail on the water or spend an afternoon golfing at a nearby course. If you’re passionate about sports, Málaga won’t disappoint, as there are countless sailors, golfers, and sports fanatics to steal your time. 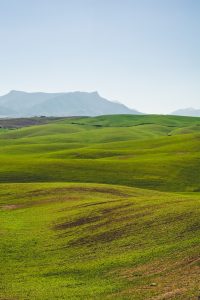 If sports aren’t up your alley, venture into the rolling hills in the countryside of Málaga, Spain. Pack a lunch and have a picnic with a glass of wine as you gaze out into the magnificent countryside. What a classic way to catch your breath and soak in the beauty of the greenery. If you’re up for a little adventure, the Montes de Málaga Natural Park is definitely worth checking out! Take a hike and get lost in nature for the afternoon. 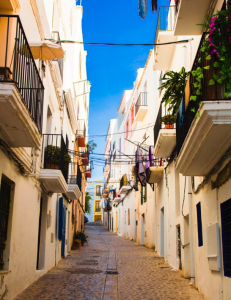 The inner city of Ibiza is known for both its colorful nightlife and relaxing yoga classes. During the day, enjoy a day on the beach, an afternoon in a yoga studio, or a walk about the quaint village. At night, take a walk through Platja d’en Bossa where the majority of bars and hotels are located for an unforgettable night out.

Seen enough to make you eager to explore the beautiful coastal cities of these two countries yourself? Join us this fall for our 12 Night Cruise of Spain and Portugal, including a Fado dinner show in Lisbon, a Barcelona city tour including Sagrada Familia and Park Guel, a Flamenco Dinner Show in Barcelona, and more!